Charles Bracelen Flood was born in Manhattan, and graduated from Harvard, where he was a member of Archibald MacLeish’s noted creative writing seminar, English S, and was on the literary board of the Harvard Lampoon. (In 2001, Flood was honored with the Lampoon’s Clem Wood Award; past recipients have included George Plimpton, John Updike, and Conan O’Brien.)

Love is a Bridge, Flood’s first novel, received nationwide critical attention, and was on the New York Times Bestseller list for 26 weeks.  It won the Houghton Mifflin Literary Fellowship Award.  The twelve books he has written include the novels A Distant Drum and More Lives Than One. Praising Flood’s  The War of the Innocents, his account of his year spent in Vietnam as a correspondent, John Updike said of him, “This brave and compassionate  reporter’s account of a year spent with our armed forces in Vietnam tells more of the physical actualities and moral complexities of the American involvement than any other book I have read.”  Flood’s Rise, and Fight Again won the American Revolution Round Table Annual Award for 1976, the Bicentennial Year, and his Hitler - The Path to Power, a History Book Club selection, was among the successful studies in history and biography that followed.  All his books have also appeared in paperback. Flood’s  first venture into the Civil War era was Lee - The Last Years, which was a Book-of-the-Month Club selection and won the Colonial Dames of America Annual Book Award.  Lee was followed by Grant and Sherman - The Friendship That Won the Civil War, a work that the Washington Post described as “beautifully defined and explored…a powerful and illuminating study of the military collaboration that won the war for the Union.”  Salon.com named it as one of the ”Top 12 Civil War Books Ever Written.”  Of his 1864: Lincoln at the Gates of History, published in 2009, Lincoln’s Bicentennial Year, Kent Masterson Brown, author of Retreat from Gettysburg, said, “Lincoln walks off the pages as in no other book,” and in the New York Times Janet Maslin wrote, “Mr. Floods versatility is impressive …1864 compresses the multiple demands upon Lincoln into a tight time frame and thus captures a dizzying, visceral sense of why this single year took such a heavy toll.” This writer’s short pieces have appeared in The New Yorker, The Atlantic, Esquire, and other magazines, and a number of his books have been translated into foreign languages.  Flood’s journalistic experiences took him to many countries, including being a reporter for the Associated Press at the Olympics held in Melbourne, Rome, Tokyo and Mexico City.  He was a Senior Fulbright Scholar in Taiwan, and taught World Literature for two years at Sophia University in Tokyo.

Charles Bracelen Flood was a past president of the American Center of PEN, the international writers’ organization, and  served on the governing bodies of the Authors League and Authors Guild.  He lived with his wife Katherine Burnam Flood in Richmond, Kentucky, in that state’s Bluegrass region.

To request a review copy of
FIRST TO FLY, please contact the publicity department at
Atlantic Monthly Press at publicity@groveatlantic.com 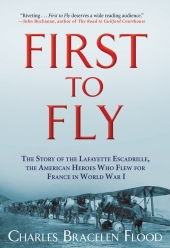 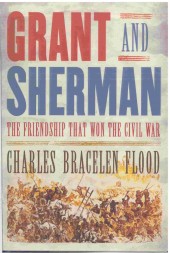 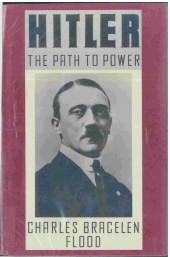 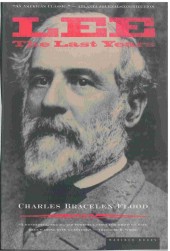 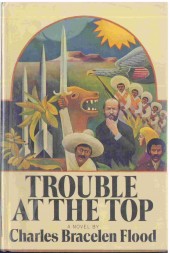 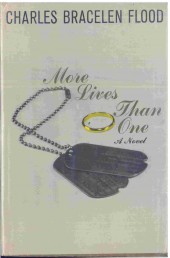 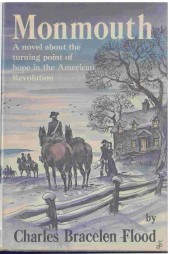 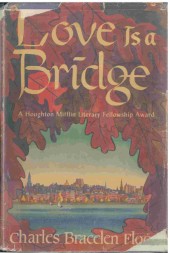